Free Radio Takes Down an Airplane

This is a curatorial work about communication. About expression. About democratization.

Resistance against erasure, against forgetting, against silencing.
I open this fissure to bring plural voices, underline the current polarized contrasts of the networks, and find ways to create and maintain democratic spaces.

The bet is that these fissures can be opened through radio. Because both radio and the Internet are media that were born with the promise of being democratic symbols, and which have historically been (and continue to be) used as propaganda for surveillance, oppression, and political manipulation.

Community, online, and collective radios are independent by nature, guaranteeing their viability and existence from collectives that function as antagonism against the dominant media. They are independent spaces and, generally, based on free technologies. They are spaces of opposition and democracy within the Internet.

Radio Nopal is a collective radio station, transmitted online from Mexico City. Their mission is to foster plural artistic expressions through national and international residencies, workshops ranging from crafts to creating and using technological tools, such as " Build an FM transmitter and set up your own local radio", where they teach you how to create your own radio broadcasting network. Radio Nopal is a meeting place that generates collaborative bonds and encourages the creation of communities through the free exchange of a multiplicity of knowledge.

The radio transmission is done through a homegrown device called mensajito.mx. This is a low-cost open option for developing an Internet radio station without the use of conventional computers, or also as a second transmission line for those already doing frequency radio, making it possible to transmit both online and over the radio.

A radio is a communication system that uses electromagnetic waves propagating through space. Communication takes place between two basic components: the transmitter and the receiver. The transmitter generates electrical oscillations with a frequency, which can be frequency modulated (FM) or amplitude modulated (AM). These waves can be turned into radio, wireless telegraphy, telephones, television, radar, navigation systems, and space communication.

And why does this matter? Because although today we predominantly use the Internet, this intangible place has been transformed into a polarized, political battleground that generates concrete affects on our private lives, hurting democratic systems and human rights.

The history of radio, as well as the Internet, is built on the promise of connectivity and plurality that has become an instrument of political propaganda, persecution, and displacement. And it is from plurality of content and communication strategies that enables us to create resistance, so it matters.

Today, however, we call "radio" not only those who use the transmission system, but also programs that are online in nature and that use the facility of the network system we know as the Internet to reverberate their voices.
This is the case with the feminist participatory radio Hammam Radio - حمّام راديو . Based in Berlin, it was born out of the need for a non-violent coping mechanism, the need for safer spaces for women to speak, share, express and connect. Through online streaming, women in all their diversity meet, talk, participate, think, scream, cry, laugh, get angry, love, and raise their voices. Cursing, dancing, singing, and playing music that reflects their state of mind and their current state.

Hammam Radio - حمّام راديو brings these powerful, subversive, poetic, healing, creative and crucial voices in these times of crisis of capitalism and patriarchy.

Many of the voices brought are, like the word that names the radio, Arab, Persian and Turkish. Hammam, which can be translated as "bath," are public spaces where women and men separately go to cleanse and relax, but also to talk about their lives, stories, and experiences.

Bringing different voices: of artists, bystanders, the community, and whoever approached the microphone, was what Radio Volusia did during the implementation of the project Volusiano na Praça, a performative and sound occupation in the main square of Cornélia Square, in the Lapa neighborhood of São Paulo. Web Radio Volusia, led by Rogério Borovik and Cacá Toledo set up a web radio studio in the park, broadcasting via streaming all the encounters that featured music, lectures and discussions about spreading information via web and how to create a web radio.

The name of the curatorial project is a tribute to Rádio Muda from Campinas, which Borovik was also part of, and to all the community radios that maintain the connections, access and structures to give continuity to this form of free expression and that is fundamental for democracy. It is also a mention, which seems more like a metaphor to me, of the allegations against the existence of independent radio stations, where the idea spread that they would be a threat to air traffic and emergency communication. In one point they got it right, they are a threat, but not to airplanes, but to authoritarian and anti-democratic systems, to homogeneous discourses, and to patriarchy. 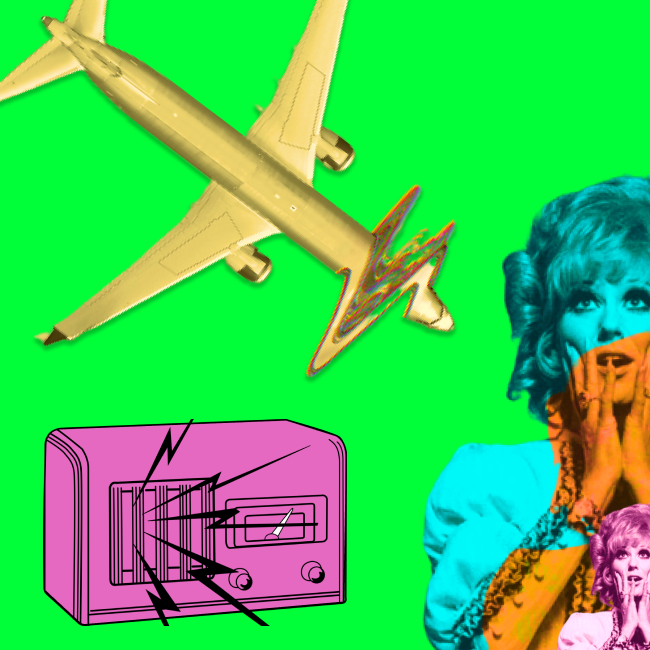 São Paulo, Brazil, 1982. Lives and works in Berlin. Enthusiast of open source ethics, curious and speculative, Paloma Oliveira uses her background in artistic practice as an undisciplinary tool for critical thinking and social change. Curator, artist, museographer, software engineer, mother of a cat, and restless by nature, in recent years she has focused on questions around autonomy, sustainability, and ableism. These inquietudes become curatorial investigations, lectures, works, and codes. After inhabiting Mexico City for 3 years, she currently lives in Berlin, where she is co-founder of the Zentrum für Netzkunst, the netart institute.

Berlin-based feminist participatory radio station born out of the need for a non-violent coping mechanism and safer spaces for women to speak, share, express and connect. Through online streaming, women in all their diversity meet, talk, participate, think, scream, cry, laugh, get angry, love, and raise their voices. Many of the voices brought are, like the word that names the radio, Arab, Persian and Turkish. They are often very personal stories, but they reverberate each other's hidden stories and challenge patriarchy, heteronormativity, and gender roles. Each program is about a moment to breath, non-judgment, self-care, community care and protection.

Collective Internet radio station located in Mexico City. We broadcast using free technology, a device called mensajito.mx, which allows us to create an Internet radio station without the use of computers. A platform that generates collaborative links and encourages the creation of communities through the free exchange of content. We have workshops and other activities ranging from professional education to technology creation. Currently with 40 programs on the air, which means more than 100 people at the microphone, with more than 150 transmissions per month and 35 hours of live radio each week. Its independent, local art, social activism, and other topics make up this critical media map for the world

In 1986, I had the first contact with this explosive concept that is radiolivrism
radiolivrism through the book "Rádios Livres: a reforma agrária no ar
by Arlindo Machado. It was my first mental bomb.
This 15-year old dream would come true at full blast in 1994, at Radio Muda, while I was
Radio Muda, while I was studying visual arts at Unicamp. The first
first contact with the Free Radio movement started a research on radio art.
radio-art research. This is how I founded and got involved with several radio collectives: Radio Muda; Rádio Livre ECA; Rádio 11; Rádio Xiado; Rádio Várzea and Rádio Volúsia.
Around the turn of the millennium, I met the stage director Renato Cohen and
through him I was contaminated by the "art of performance", which continues
still influencing my work.